Shunts
Most shunting systems drain according to the differential pressure gradient between the ventricle and the tip of the distal catheter. Most neurosurgeons use medium pressure valves, that will drain CSF continuously if the differential pressure is over about 10 mm Hg. The ventricular catheter of a shunt is normally inserted through a burr-hole in the right parieto-occipital region and the valve will sit usually behind the right ear. The distal catheter is tunnelled subcutaneously down to another incision in the abdomen where it is then placed into the peritoneal cavity. It is not usually helpful for non-neurosurgeons to palpate or flush the shunt valve, as their contours and characteristics are so variable as to make interpretation notoriously inaccurate.

Investigations
CT scan has sensitivity of 80% and shunt series (plain films of neck and abdo) has sens of 20% but you still need both.
Head CT (to help define if there is hydrocephalus vs overdrainage)
Shunt Series (to image the apparatus for obvious kinks and breaks)Peripheral blood for C reactive protein, white cell count if there has been any recent surgery
ICP monitoring/lumbar infusion test 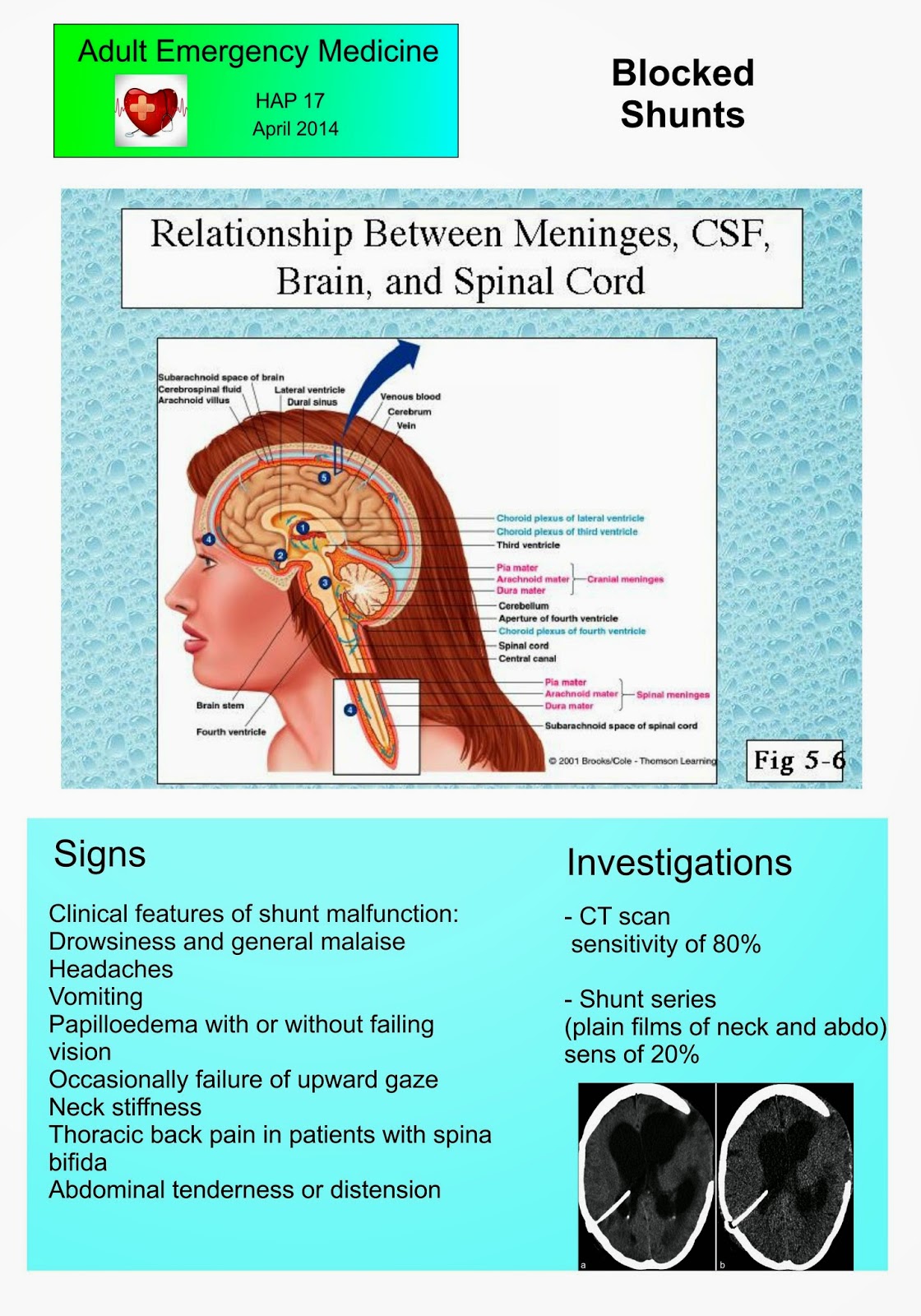