There was a chemical incident declared once because the pre-hospital team could smell almonds- they thought cyanide could be involved. Turns out someone had been baking...

Cyanide is released by the incomplete combustion of nitrogen-containing materials, and metabolised from amygdalin. Amygdalin can be found in the pits of many fruits, such as apricots and papayas and raw nuts.

Cyanide is a colourless gas with a bitter almond smell, detectable by only 40% of people.
CN blocks cellular respiration by blocking the cytochromes. Affected cells convert to anaerobic metabolism, and a lactic acidosis results. The CNS and the heart are most sensitive.

Symptoms after exposure to high vapor concentrations may include the following:
Transient hyperpnea and hypertension 15 seconds after inhalation
Loss of consciousness in 30 seconds
Respiratory arrest in 3-5 minutes
Bradycardia, hypotension, and cardiac arrest within 5-8 minutes of exposure

Symptoms after exposure to lower vapor concentrations or after ingestion or liquid exposure may include the following:
Feelings of apprehension or anxiety
Vertigo
Nausea, with or without vomiting
Muscular trembling
Loss of consciousness
Headache
Dyspnea


To accompany episode # 1.. a fabulous #FOAMed visual representation of the mech of action of cyanide antidotes http://t.co/RxRCsTmnci
— FOAMcast (@FOAMpodcast) May 24, 2014 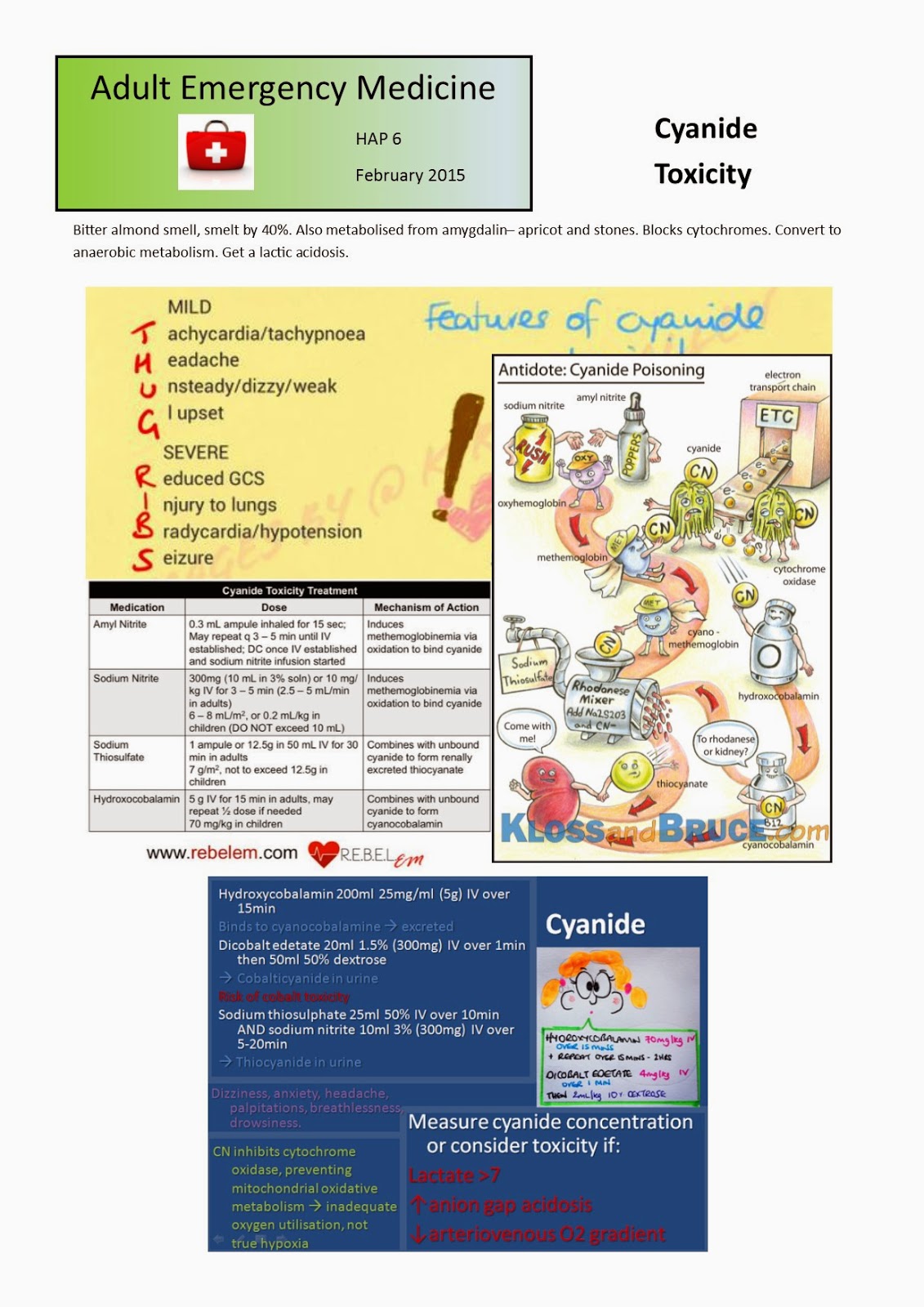 Posted by Cheerful Elephant at 14:44