There are 30,000 deaths per year attributable to COPD. 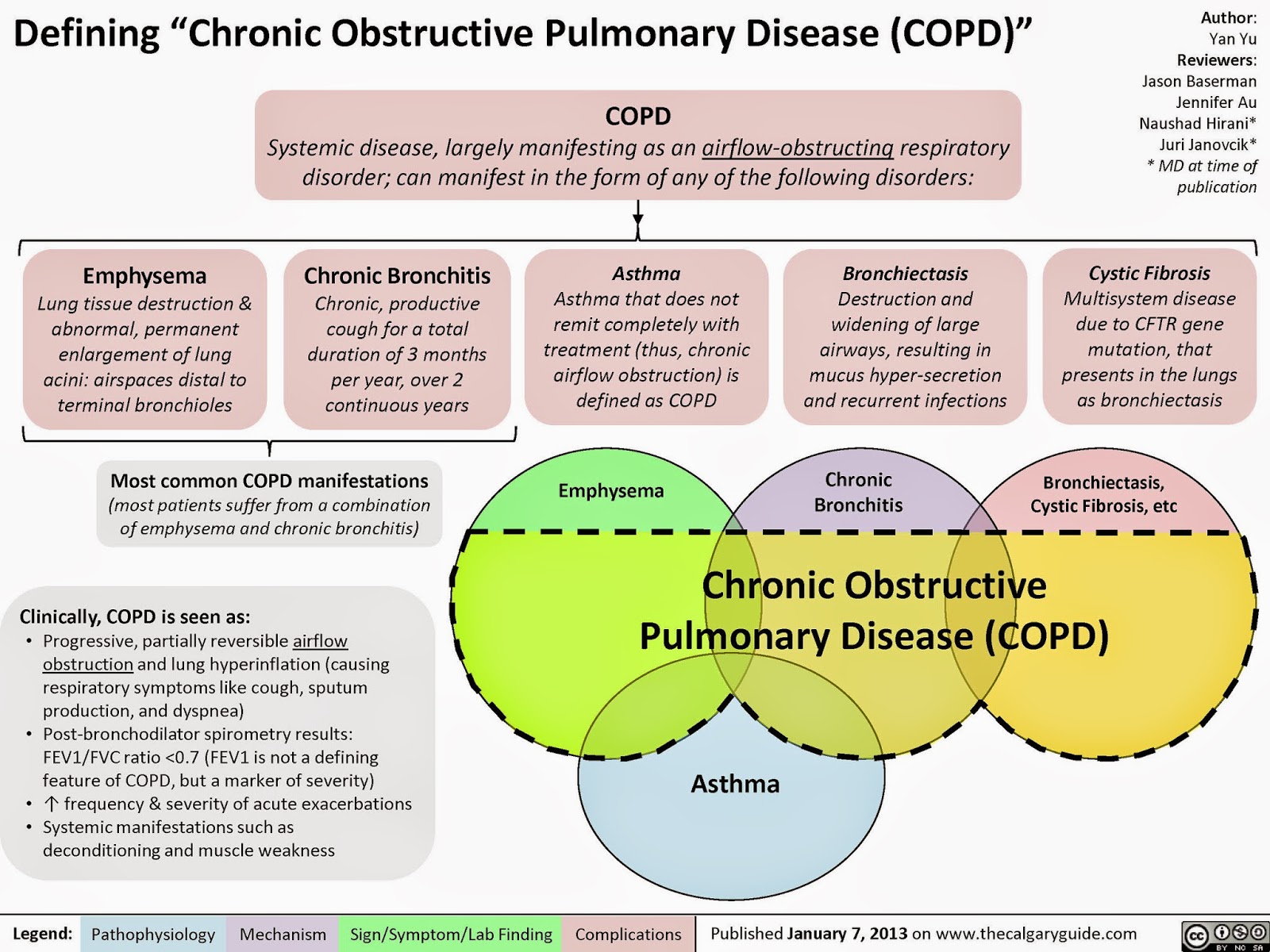 COPD is an umbrella term for any airflow obstruction respiratory term. It includes emphysema, chronic bronchitis, resistent asthma, bronchiectasis and to a certain extent, cystic fibrosis. 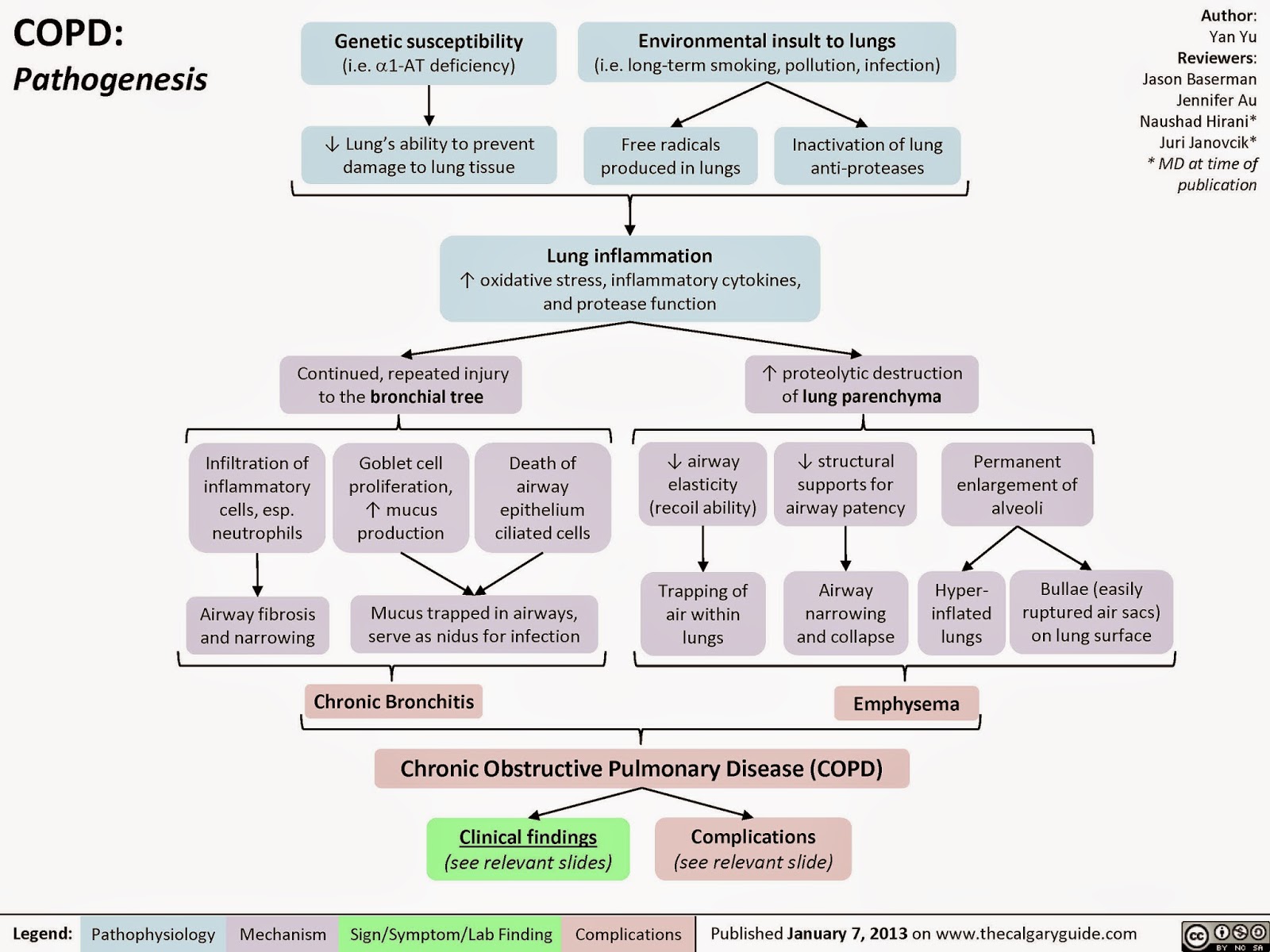 Most of it is caused by damage to the lungs from smoking. Cases in young people (younger than 45) should raise the possibility of alpha - 1 - antitrypsin deficiency (2%). Alpha-1-antitypsin protects the alveoli, and deficiency is congenital co-dominant.
Occupational triggers are also possible - heavy exposure to occupational dusts and chemicals, air pollution and cannabis smoking is now being recognised as a cause. 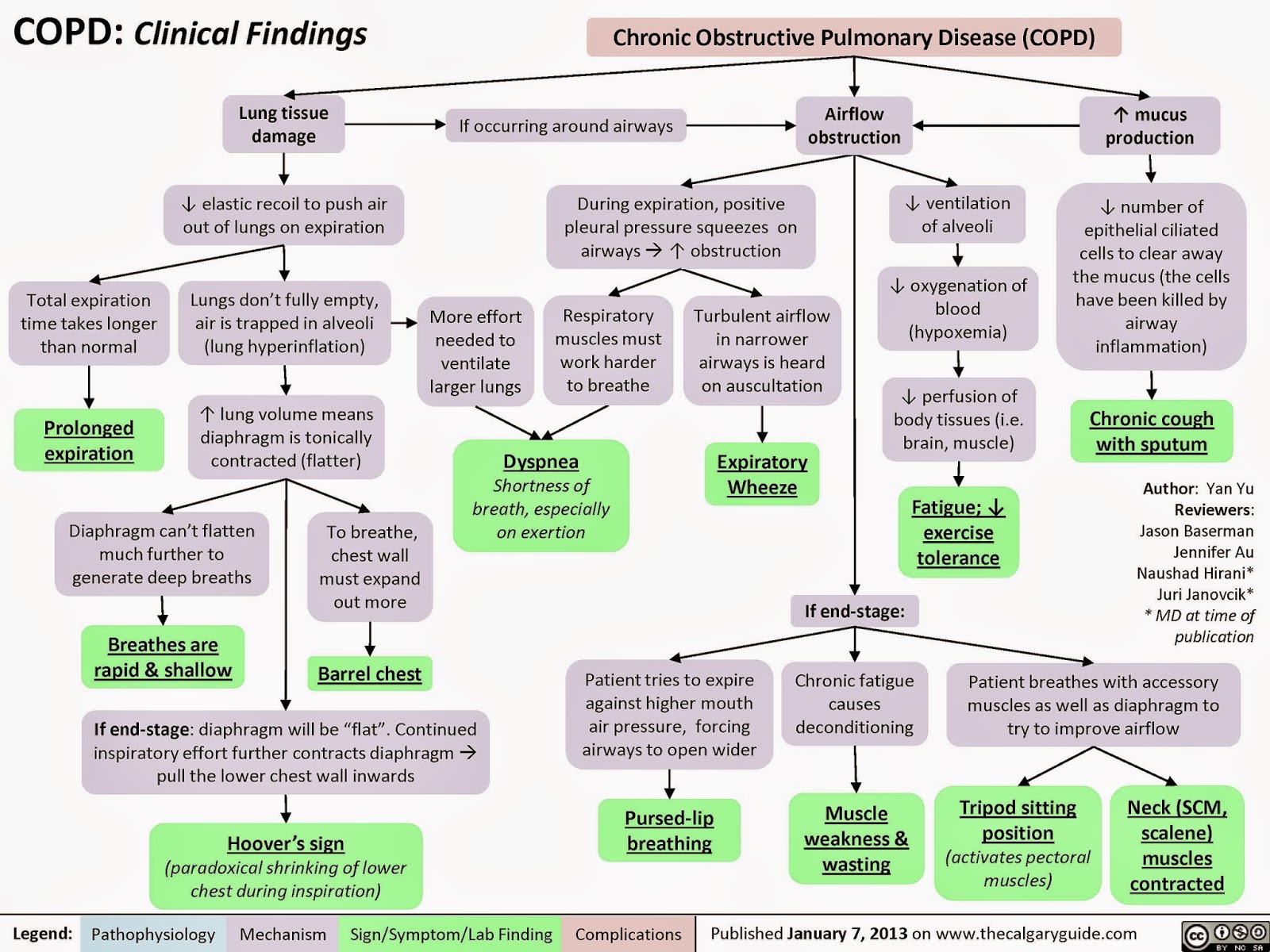 Considered in patients > 35 who have a risk factor and one or more of:
exertional breathlessness
chronic cough
regular sputum production
frequent winter "bronchitis"
wheeze 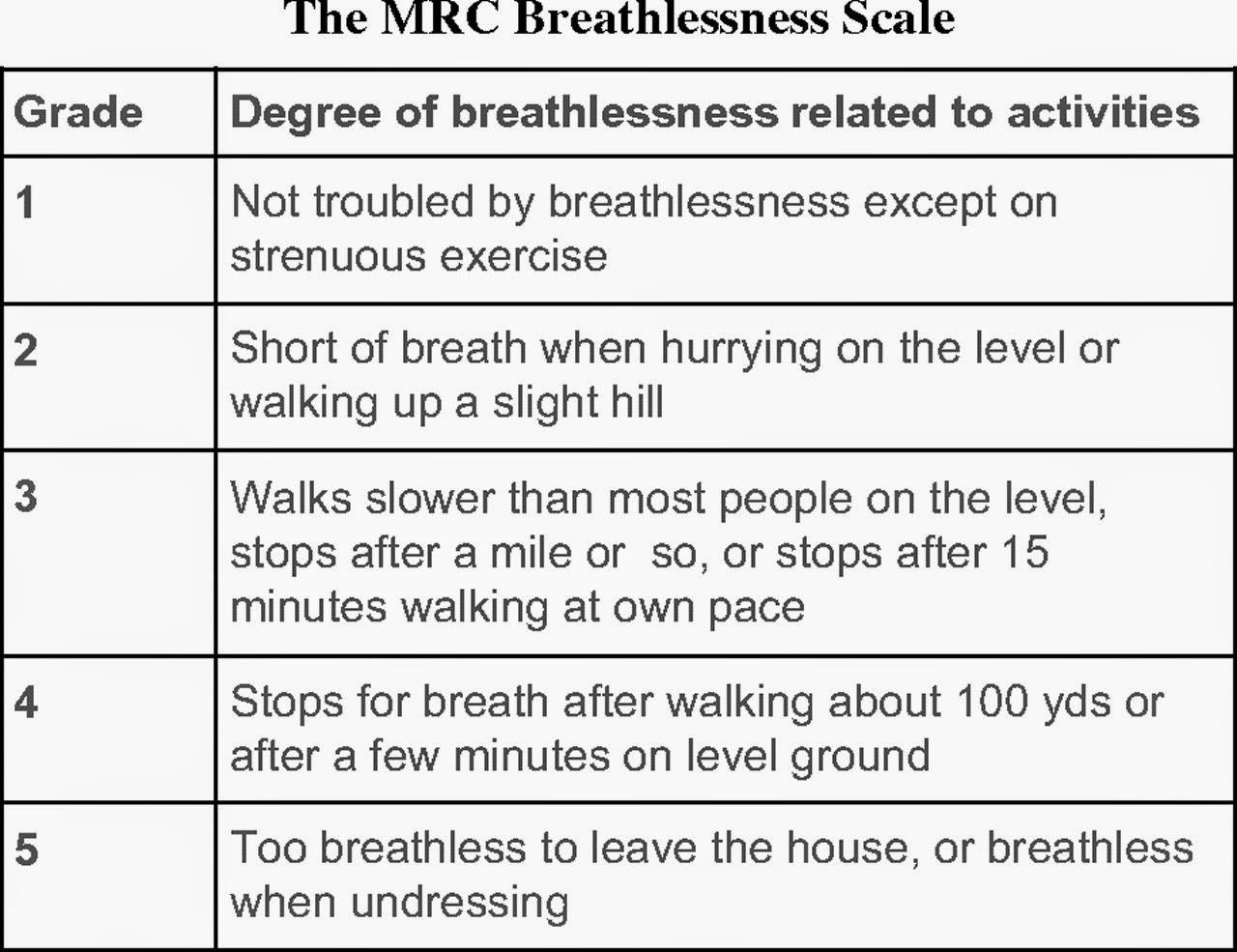 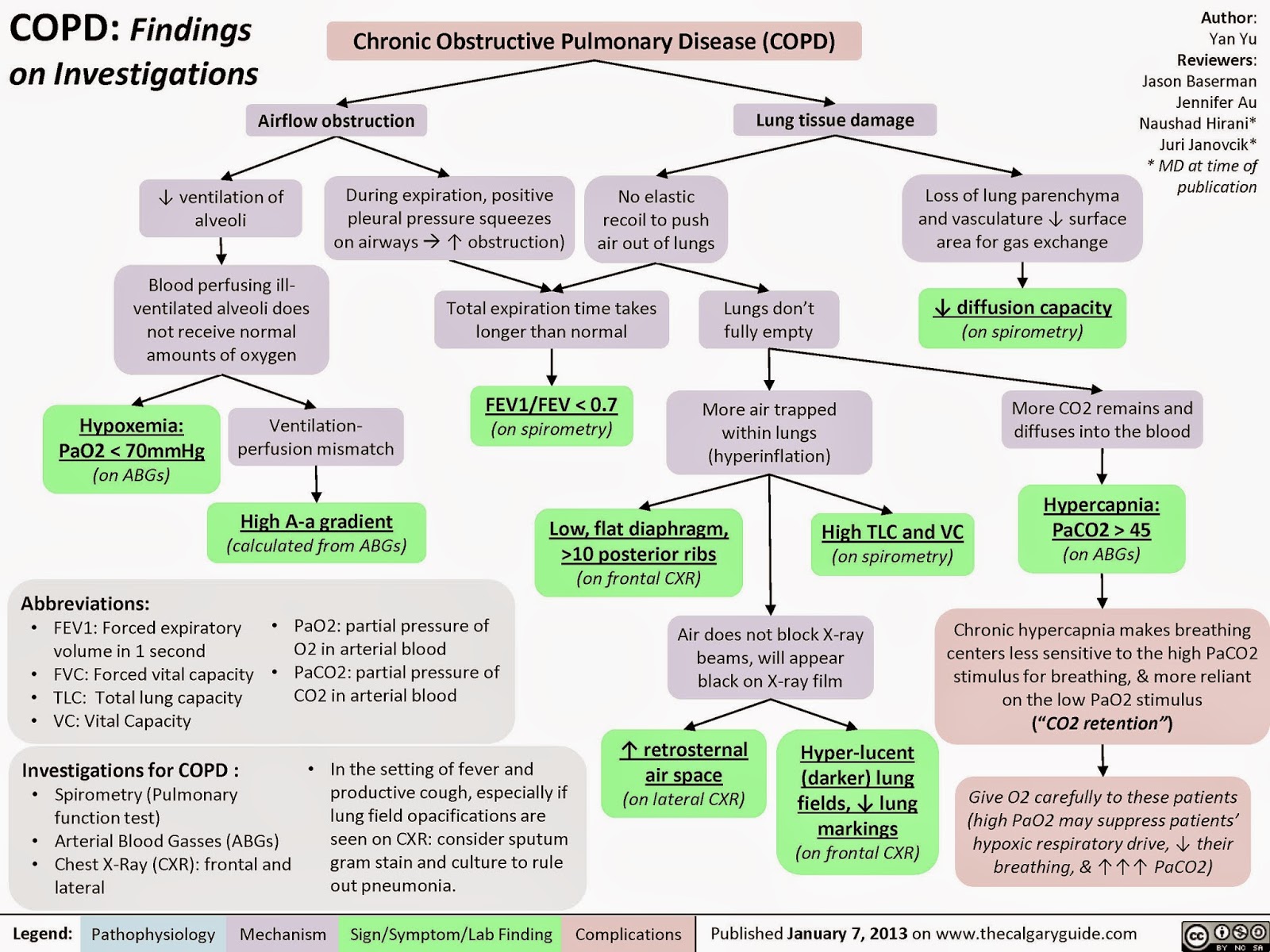 Spirometry:
Airflow obstruction: reduced FEV1/FVC ratio: FEV1/FVC is less than 0.7.
Fixed 70% ratio may mean that COPD is being over-diagnosed in elderly people and under-diagnosed in young people.

A full blood count to identify anaemia or polycythaemia
An assessment of body mass index (BMI).

It's difficult to completely differentiate COPD from asthma. NICE guidelines have some recommendations.

Treatment Options
Primary prevention (stopping smoking) is the most important intervention. The next step is to ensure a timely diagnosis. Beta blockers are safe.
Inhalers in COPD are used to prevent and control symptoms, reduce the frequency and severity of exacerbations, improve health status and improve exercise tolerance. Stopping smoking is the only measure that can prevent deterioration.

Tiotropium HandiHaler - long-acting antimuscarinic bronchodilator (LAMA). It is once-daily dosing and the most common side effect is dry mouth. 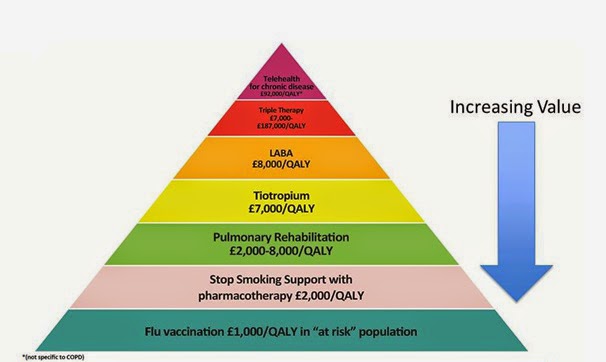 End of Life Care
Patients can die quickly after a COPD exacerbation. It is important that their plans for care at the end of life are discussed and documented. Opioids should be used to alleviate breathlessness at the end of life. Benzodiazepines can be considered. 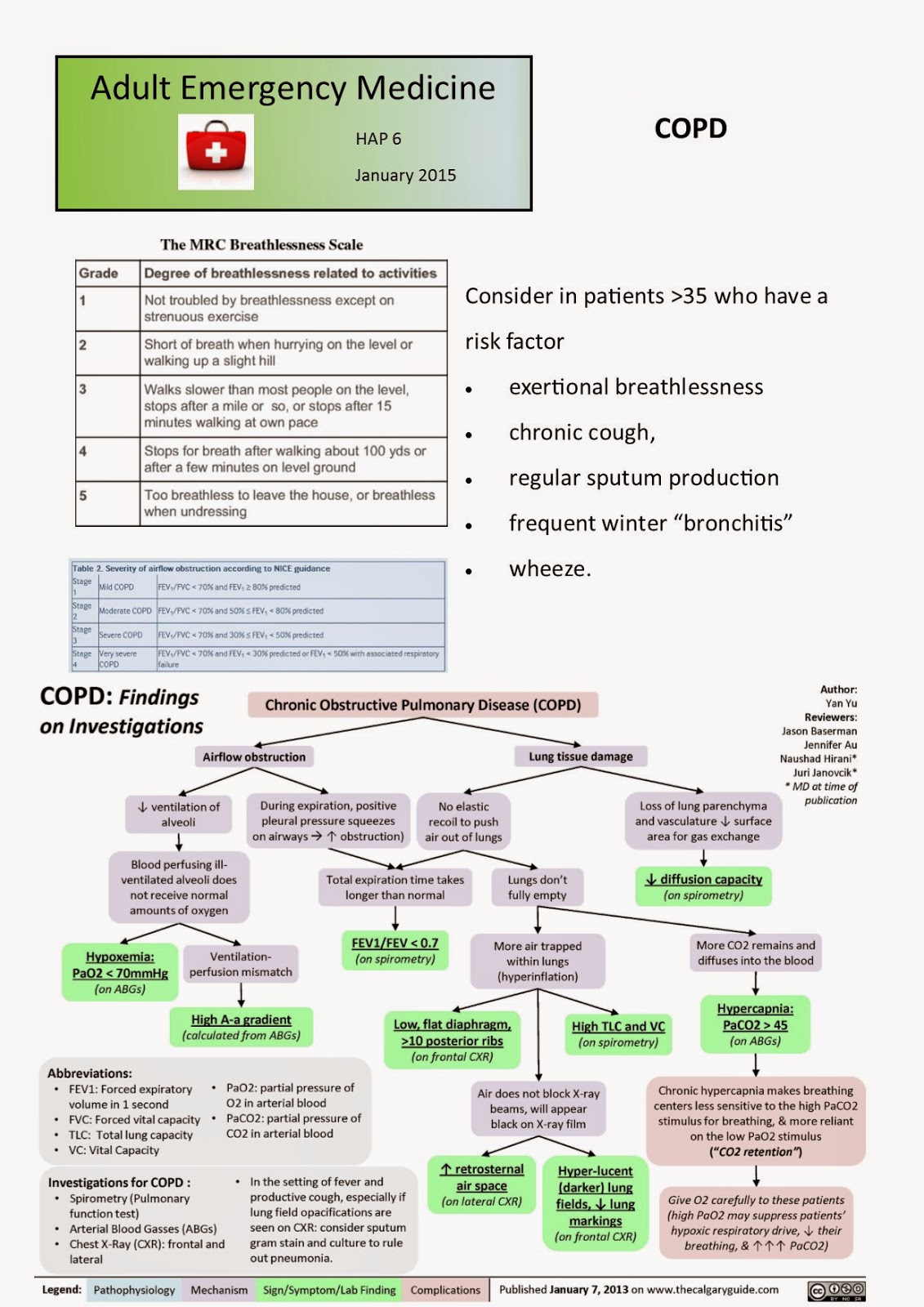 Posted by Cheerful Elephant at 10:13